Via: Business of Apps

Meta just rolled out new tools for businesses and brands to reach out to customers and identify quality leads. As part of National Small Business Week, the social giant is making it easier for small businesses to create full ads […]

Facebook messenger hasn’t been around for that long but it has definitely made an impression. With 1.2 billion active users, ⅙ of the global population is using this app! Messaging apps have become extremely popular overtime, with a lot of […]

Come on, admit it. You’re just a little bit curious about all the hype surrounding Messenger bots. Even if you haven’t looked into using them in any more detail than reading the odd blog post, like this one, you probably […]

Facebook users are getting a new way to pay eachother with Messenger. Well, actually an old one – starting today, people in the US will be able to pay eachother using PayPal. To set up PayPal, just initiate a payment […]

Ever since Facebook announced the release of their Messenger Bots platform at their most recent F8 conference, brands have been falling all over themselves in an attempt to reach the platform’s 900 million users for sales, marketing, and customer service purposes. The following […]

Conversational commerce is making the relationship between businesses and consumers more personal by bringing the customer experience into the context of SMS, WhatsApp, Facebook Messenger and other messaging apps. Joshua Brueckner is an early adopter of conversational commerce with his […]

During Microsoft’s Surface event back in October 2015, the company also announced that Facebook is building universal Windows 10 apps for Facebook, Instagram, and Facebook Messenger. Today, screenshots and a video of the third app have leaked courtesy of WindowsBlogItalia. […]

ChatGPT might change advertising — but it won't revolutionize it... 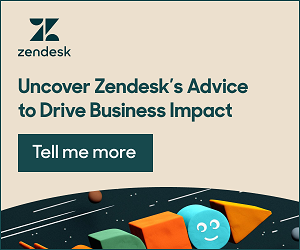