Why Application Virtualization Will Save Your IT Department Time and Money

How Blockchain Can Affect Business

What Apple’s iOS 15 means for marketers

BlueOcean, a company known for its platform for analyzing brand sentiment, has announced plans to release an application programming interface (API) that will let third-party applications access analytics data. The API will be available later this year.

The immediate goal, according to an example given by BlueOcean co-founder Grant McDougall in a statement, is to make it easier for financial services firms to employ a public BlueScore API to incorporate brand sentiment analytics created in real time within their financial forecasts. The BlueScore API provides access to time-series data that enables financial institutions to continuously track specified investment categories, such as food and beverage, automotive, health care, energy, and computer software in a way that aligns with how they invest in baskets of stocks, McDougall said in a statement.

How to Introduce AI Into Your Marketing and Customer Experience Practices

B2B Advertising as a Metaphor for the Cookieless Future...

Twitter Takes Next Steps into eCommerce with test of Shopping Module on Business Profiles...

Why Application Virtualization Will Save Your IT Department Time and Money...

How Blockchain Can Affect Business

Combining Data from Google Analytics and Other Sources...

Combining Data from Google Analytics and Other Sources...

Facebook Shares New Insights into its Internal and External Diversity and Inclusion Efforts... 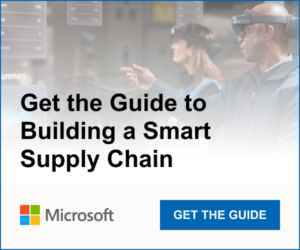